You are here: Home / About Us / Board of Directors

We are a dedicated group of volunteers who believe in the talent, creativity and energy of our students and the contributions they make in our local communities.  We embrace the power of collaboration with people of all backgrounds. 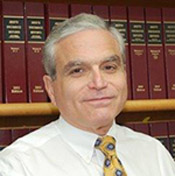 Mr. Burman has more than 40 years of experience in the insurance industry. During that time he has served in various roles within industry associations, including past President and Board Member of the Council for Affordable Health Insurance and the Policy Coordinating Committee of America’s Health Insurance Plan.

He is the former President of the community-based organization Neighbors United. He is currently a Commissioner on the Skokie Plan Commission and a Board Member for the Skokie Caucus Party.

He graduated from Niles East High School and the University of Illinois Chicago Circle. He holds an MBA from Loyola University with a concentration in Marketing. He brings skills in strategic planning, executive management, team building, marketing, insurance, health and life insurance and sales to his role on the Education Foundation board.

He is involved with the Old Orchard Chapter of LeTip Commission, the Village of Skokie Temporary Zoning Commission, the Village of Skokie Traffic Safety Advisory Committee, the Skokie Caucus Party, and the Membership and Advisory Committees of the Skokie Chamber of Commerce. He also is a Member of the Skokie Festival of Cultures, the Evanston Chamber of Commerce and I.M.O.D. (Independent Merchants of Downtown Skokie).

Mr. Putrus earned a degree from Triton College and the Graduate School of Banking at the University of Wisconsin-Madison. He brings strategic planning, finance, customer service, banking, credit, commercial and small business lending skills to the board.

Mr. Clinkman has spent over 30 years of his career in the field of telecommunications concentrating on operations and training.

He is a board member of the North American Data Communications Museum, and serves as Executive Vice President of Finance for Congregation Bene Shalom in Skokie. He served for many years on the board of the Skokie Theatre Music Foundation and continues to devote time to various community efforts.

Mr. Clinkman earned a Bachelor of Science degree in marketing from Eastern Illinois University and continues to achieve industry certifications.

He brings to the board skills in strategic planning, team building and telecommunications. 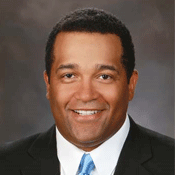 Mark Collins is a professional actor, corporate narrator and spokesperson.

He is an active community organizer and spokesperson for many causes. He is a Niles Township Trustee, serves on the Community Advisory Board of Skokie Hospital, and is involved with the Niles Township Food Pantry Board as Event Emcee. He also has served on the Skokie Human Services Advisory Board.

He earned a Bachelor of Arts degree in Communications and Theater from Southern Illinois University at Carbondale.

The Special Education Department provides a full continuum of placements to students who have been found eligible to receive special education services. The Department provides a supportive environment in which students with special education needs can develop academic, social, emotional, vocational and life skills. Mr. Dornsief and his fellow teachers assist each student to access a variety of learning opportunities by offering modified academic classes, support for general education classes and related services. The staff assists students in their efforts to become self-aware, self-advocating and self-directed learners.

Michael Graham has been an English Teacher in District 219 for 23 years, the first fourteen at Niles North and the last nine at Niles West. During his time in the district, Michael has served on a wide range of building-based, district-wide and community-based committees, and has been involved in a number of district initiatives aimed at improving teaching and learning in D219.

Michael is currently the Chair of Partnership Financial Credit Union (PfCU) Board of Directors; he has served on the PfCU board and its predecessor board, the Niles Township Schools Credit Union (NTSCU), for 18 years. Michael has also served on the board of Progress219 and SkoMor Soccer Club, including time on the executive boards of both organizations.

Michael received a BA in Journalism from Temple University, an MEd from The University of Illinois at Chicago, and an MA from Northeastern Illinois University.

Michael and his wife, Sally, who has also worked in D219 for more than two decades, have lived in Skokie for 13 years. Their four children will attend Niles North.

Jean Hedstrom, CPA, is a recent retiree of District 219 where she worked as the Purchasing Agent for the District for over 17 years, earning the respect of fellow employees for her hard work and dedication to the students of District 219.

In 1982, Jean took a hiatus from the business world to raise a family of four children, all who are Niles West graduates. During those years, Jean became an active volunteer in District 69 serving on several Board committees and assuming various positions on the District 69 PTA Board including President and Treasurer. Due to her outstanding and dedicated service to Skokie School District 69, Jean was awarded the Marjorie G. Wedell Award in 1999. Her personal dedication to education continued at the college level when she was appointed to serve on the Illinois State University Parents Association Board for four years chairing several committees.

Jean received her BS in Accounting from the University of Illinois, Chicago, and her MBA with an emphasis in Finance from DePaul University. She brings accounting/finance, organizational, and speaking skills to the Board along with a historical perspective of the District.

Maria Alejandra Salazar (she/her/ella) is a 1.5 generation immigrant originally from Lima, Peru and raised in Skokie, IL. She has worked in various capacities in the immigrant rights movement for over a decade, including as a community organizer in the suburbs and as a program director providing direct social services. Currently she works at Borealis Philanthropy, as a program associate for Immigration Initiatives.

A first-generation college student, Maria Alejandra holds a Bachelor of Science in Education and Social Policy from Northwestern University, with a minor in Latina/o Studies. She earned a Master of Divinity degree from Garrett-Evangelical Theological Seminary in 2019. Her research has focused on community organizers and burnout, centering lived experiences as sites of liberation and transformative healing.

The support of Niles Township educators and Skokie’s diverse community were crucial to help her and her family overcome financial, language, and immigration barriers. Maria Alejandra serves on the Education Foundation’s Board of Directors as part of her commitment to give back to the community that nurtured her. She loves warm days by Lake Michigan, exploring new art practices, and making home-cooked meals.

Jim Szczepaniak serves as the Director of Strategic Partnerships and Community Relations.  He joined the District in 2006.

Mr. Szczepaniak has been part of the Skokie and Niles Township community since 1985, when he started as a reporter for Pioneer Press, covering Skokie. He was public information officer for the Village of Skokie for eight years and then worked for Ameritech New Media/SBC Communications as public affairs director.

As District 219 (D219)’s liaison to the wider community, he helped develop a number of ongoing community events that succeed because of community collaboration, including Coming Together in Skokie & Niles Township, Skokie’s Spring Greening, D219’s annual Powerful Partnerships Breakfast and The Education Foundation.

Jim holds a Bachelor of Arts degree in Political Science and German Studies from Northwestern University and a Master’s in Written Communications from National-Louis University.

Samina Hussain is actively involved in the Niles Township Community.  She is on the Board of Education of District 67.  She is an integral part of several community collaborations, including Coming Together in Skokie & Niles Township and the Niles Township Youth Coalition.  Samina serves as the main administrative support for The Education Foundation, and is also responsible for D219 alumni relations.

LETTER FROM THE BOARD CHAIR 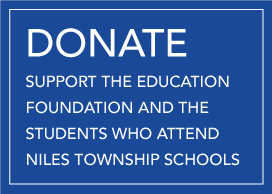 “With the support of our community and business leaders, The Education Foundation can give every student in Niles Township a shot at the best education our schools provide.”