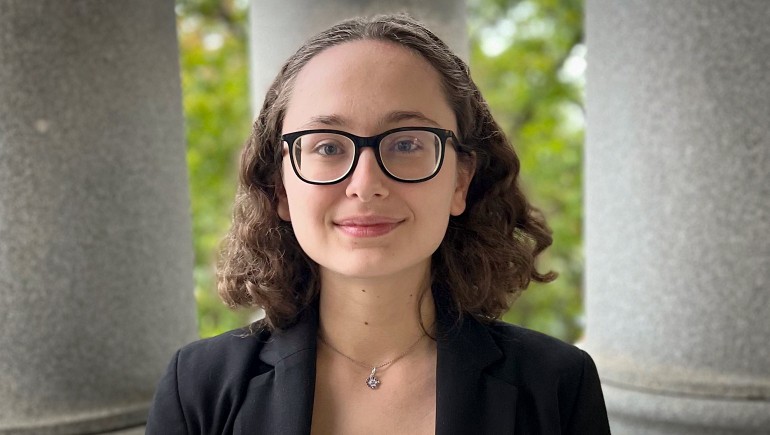 A senior in the Weinberg College of Arts and Sciences, Petryk is majoring in economics and international studies. She is interested in U.S. foreign policy and strengthening international commitments on economic development.

The Rhodes Scholarships, the oldest and perhaps best-known award for international study, provide all expenses for multiple years of study at the University of Oxford in England. Scholars are chosen not only for exceptional academic achievement but also a demonstrated ambition for social impact.

“I am so proud of Irena, whose amazing scholarship, dedication and hard work represent what Northwestern strives for in all things,” President Michael Schill said. “Being named a Rhodes Scholar is an incredible accomplishment, and I cannot wait to see how Irena uses this opportunity to make an even greater impact on the world.”

The daughter of Ukrainian immigrants, Petryk is lending a hand to help support Ukraine and shine a light on the country’s plight at a time when the Russian invasion has stretched beyond 250 days and the fighting continues.

“My mother was actually in Ukraine at the start of the war,” Petryk recalled. “She told me to focus on school instead of worrying about her. Of course, that lasted one day. At the time, I felt frustrated and useless.”

That’s when she joined fellow Ukrainian Americans, international students and friends to create the Ukrainian Club at Northwestern. Since the invasion began in February, the club has helped raise awareness and money — selling ribbons and baked goods, and hosting movie nights, a campus vigil and a recent concert for Ukraine featuring Northwestern musicians.

“It feels good to help support organizations on the ground there,” Petryk said, “especially considering all the senseless violence. This conflict was not inevitable — it was the product of choices made by people in power.” 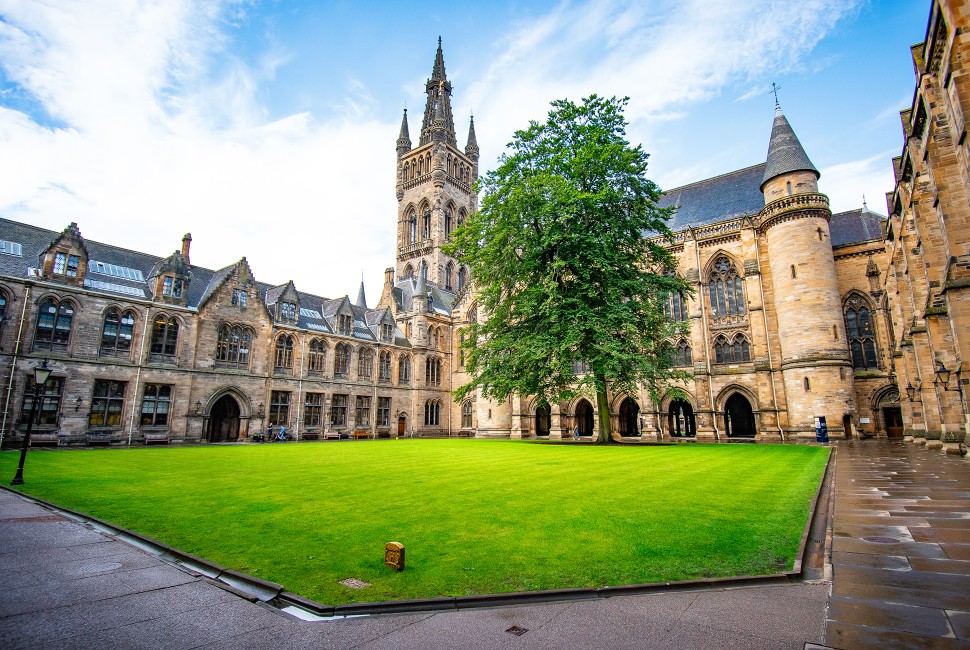 The Rhodes Scholarships, the oldest and perhaps best-known award for international study, provide all expenses at the University of Oxford in England. Scholars are chosen for exceptional academic achievement and their ambition for social impact. (Getty Images)

Even before she arrived at Northwestern, Petryk had service on her mind. As a high school student in nearby Morton Grove, Ill., only a half-dozen miles from Evanston, she learned to appreciate the value of education and the impact she could have on the world. She volunteered with Expanding Lives, a Chicago non-profit that hosts young women from Benin and Niger, Africa and empowers them to become leaders in their home communities.

“These women are the first in their family to attend high school,” Petryk said. “Getting to know them, I became struck by their stories of how difficult that really is. I’d taken my access to education for granted, but I realized then how special it was to attend school without worrying about financial and cultural barriers.”

This year, Petryk is one of 32 Rhodes Scholars selected from the U.S. With these latest elections, 3,610 Americans now have won Rhodes Scholarships, representing 327 colleges and universities.

“The Rhodes Trust seeks scholars who ‘stand up for the world,’” said Elizabeth Lewis Pardoe, director of Northwestern’s Office of Fellowships. “At only twenty years old, Irena has already devoted her remarkable talents to the service of others in West Africa, Southeast Asia, the American Midwest and Ukraine. She’s a natural diplomat with the unflappable intelligence needed to confront and diffuse conflict.”

Through her research at Northwestern, Petryk uses quantitative analysis techniques with detailed data from Thailand as she seeks to understand how poor households in developing countries respond to difficult events like floods and family illness, and how communities come together to help each other out, according to her advisor Lori Beaman, a professor of economics at the Weinberg College.

“We are thrilled to see a Weinberg College student recognized as a Rhodes Scholar,” said Dean Adrian Randolph. “Irena’s service, work and vision for the future embody the mindset at the College — to not only understand the pressing issues our world faces today but to transform them into promising new opportunities for the future.”

This fall, Petryk is serving as an intern with the White House Council of Economic Advisers, which is charged with advising the president on economic policy based on data, research and evidence. She spent the summer of 2022 working at the U.S. Department of State, and she has also interned at the U.S. Agency for International Development.